NEAR Protocol is a smart contract platform, which focuses on developer and user-friendliness. It provides a scalable platform for running applications. NEAR was founded in the summer of 2018 by Alex Skidanov and Illia Polosukhin. Today, in this article, we will be looking at DeFi applications on the NEAR Protocol.

The Rise Of DeFi

DeFi or Decentralized Finance are blockchain-based financial instruments. While centralized financial instruments are bogged down by lack of interoperability and red tape, DeFi apps are like Lego blocks that users can join together to create new instruments. As a result, the DeFi ecosystem has ballooned from $7.40 billion on June 22, 2020, to $250 billion on December 1, 2021. That’s a 3278%% rise in value in a little over a year!

The True Significance Of DeFi

Just talking about total value locked isn’t enough to understand the true significance of DeFi. It is a crucial element in building the Open Web and has been single handedly responsible for the influx of talent that Ethereum has experienced over the last two years. If you think about it, this makes absolute sense due to the revolutionary and composable nature of DeFi. Actions that could take weeks in the traditional finance world now take just seconds.

However, there is a flip side to this equation as well. Due to the spike in demand, DeFi has been responsible for causing network congestion and rising gas prices. As such, the barrier to entry for Ethereum has become significantly higher for newbie developers and creators.

NEAR Protocol provides a viable, faster, and cheaper alternative to Ethereum.

DeFi On NEAR Protocol Let’s go through some of the most promising DeFi projects on NEAR.

The Rainbow Bridge exists between NEAR and Ethereum. All assets originating on Ethereum are now completely usable in NEAR. Since its launch, over $1 million worth of ETH, DAI, and other tokens have crossed the bridge. The Bridge infrastructure can be easily repurposed and ensure connections between NEAR and all EVM-compatible chains, like Polygon, BSC, Avalanche, Optimism, Arbitrum, etc. The team is currently working to extend this infrastructure to support non-EVM chains like Bitcoin, Cosmos, etc.

Here are some things you need to know about the Rainbow Bridge:

Here is what a NEAR<>Ethereum bridge transaction looks like:

The Rainbow Bridge is an important innovation since it’s an essential first step in NEAR’s interoperability roadmap. Furthermore, since NEAR offers faster and cheaper transactions, it may be favorable for users of other chains to interact with Ethereum assets on NEAR rather than bridging directly to Ethereum.

Ref Finance was the first DeFi platform on NEAR. The first version of Ref had some similarities with Uniswap V2, along with support for more pool types, configurable fees, and it is entirely community-owned. Its main aim is to bring together core components of DeFi like decentralized exchange (DEX), lending protocol, synthetic asset issuer, etc.

Ref Finance has a treasury of 35 million $REF of which 10% is allocated to a development fun for upcoming projects and 25% for future community-related activities, events, and partnerships.

Ref is a community project and is maintained by a DAO. The Ref DAO has two roles – council and the community board. 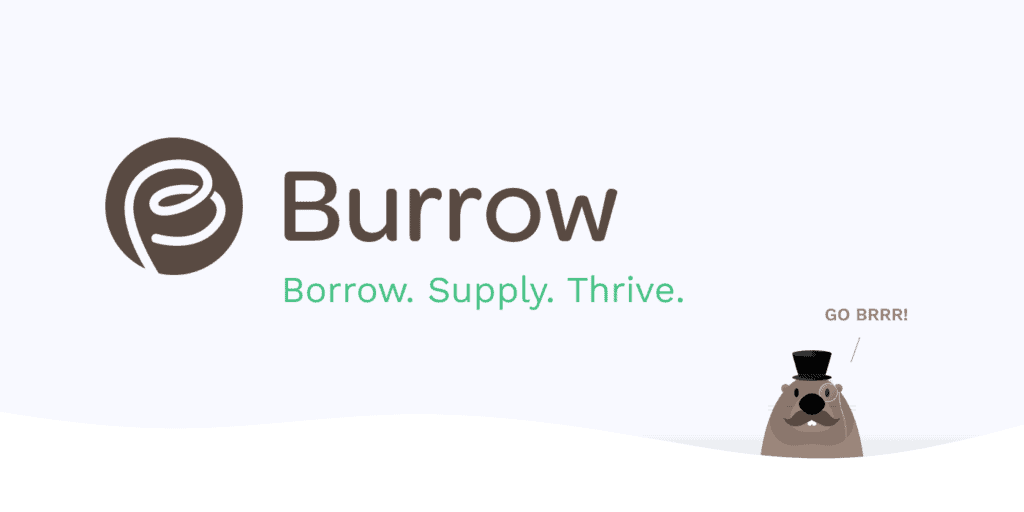 Burrow is a non-custodial, decentralized, pool-based interest rates platform. It allows users to supply assets, earn interest, and then borrow against them to unlock liquidity. Burrow is quite similar to other pool-based protocols such as Aave and Compound and runs natively on the NEAR blockchain, with the protocol’s smart contracts written in Rust. The protocol unlocks liquidity for interest-bearing assets, particularly layer-1 staking derivatives like stNEAR (staked NEAR) and stETH (staked ETH). For example, Burrow users can deposit stNEAR as collateral and then borrow NEAR, creating a leveraged staking position. They can also create a self-repaying position by borrowing a stablecoin.

The Burrow ecosystem is powered by the BRRR token, the protocol’s native governance token. Most of the token’s supply will be distributed amongst active community members and Burrow users. The BRRR token has a total supply of 1,000,000,000 BRRR, with 50% allocated to the community, 20% to the DAO Treasury, 20% to the core team, and 10% to strategic investors in the project.

Burrow leverages the Aurora Rainbow Bridge to offer secure interoperability with other Layer-1 chains. Users can then access their assets on other interoperable chains with zero hassles, and supply them to Burrow, unlocking yields or as collateral for a loan. Currently, Burrow supports six assets for supply and borrowing; these are DAI, USDT, USDC, NEAR (wrapped), ETH (wrapped), stNEAR, and stSOL. The protocol also plans on adding bLUNA soon.

By building on NEAR, Burrow can leverage perhaps the most advanced Layer-1 technologies that are found only on NEAR, the Rainbow Bridge and Nightshade. Thanks to Proof-of-Stake and sharding in Nightshade, NEAR has been able to solve scalability issues that have been plaguing Layer-1 chains. This allows Burrow to operate with

Aurora on NEAR enables the execution of Ethereum contracts in a more performant environment. The project can be divided into two primary components: the Aurora Engine, an Ethereum Virtual Machine (EVM), and the Aurora Bridge, which provides trustless transfers of ERC-20 tokens between Aurora and Ethereum. The Ethereum Virtual Machine (EVM) is built on NEAR and allows developers to deploy their applications on an Ethereum-compatible, high-throughput, scalable, and future-safe platform that also features low transaction costs. The project has significant backing from several top VCs, including Electric Capital, Dragonfly Capital, Pantera Capital, Three Arrow capital, and Alameda Research.

Thanks to Aurora, developers can enjoy the familiarity of Ethereum tooling while working with Solidity smart contracts on Aurora. Aurora also uses ETH as its base fee, enabling developers to experience a smooth experience for dApp users. Coupled with the unique features of the NEAR Protocol, Aurora is able to achieve an unprecedented level of scale and transaction speeds in an Ethereum-compatible environment. Aurora is 100% compatible with the Ethereum blockchain and offers a block time of 1 second and confirmation of transactions in 2 seconds.

Aurora provides developers with a host of enhancements. Let’s delve a little deeper.

The platform’s native token, the $AURORA, has a fixed supply of 1 billion. The token has several use cases such as staking, voting, Rainbow Bridge transfer finalization fees, Aurora contract execution fees, and more. Bastion protocol is an algorithmic, decentralized lending and borrowing protocol. The project is built on Aurora, NEAR’s EVM-Compatible and Gas-less layer. Bastion focuses on tokenomics, composability, UX, and algorithmic risk optimization. Thanks to NEAR, the project is able to achieve capital efficiency, high transaction speeds, low transaction costs, and highly precise liquidations.

Thanks to projects such as Aave and Compound, money markets have become the biggest DeFi primitive on Ethereum. There is also the resounding success of chain-native lending protocols such as the likes of Solend on Solana and Benqi on Avalanche. Bastion has brought the next DeFi primitive to NEAR, enabling users to increase the productivity of their assets through lending or leverage without borrowing.

Bastion gives users the ability to

The protocol’s native token is the BSTN token, and it has two primary use cases. The token is at the center of the development of the Bastion Protocol. It allows token holders to vote on key project metrics such as protocol-owned liquidity, fee models, gauges, and staking. It also is key in aligning incentives between different stakeholders on Bastion. OIN is a decentralized stablecoin issuance platform that allows projects to issue their own branded stablecoin. Instead of having to whitelist their collateral on other platforms, OIN will launch a NEAR-collateralized stablecoin to unlock liquidity without selling their NEAR tokens. OIN’s uses cases are – swapping for other mainstream stablecoins, adding leverage, hedging, lending, and a plethora of ecosystem-specific utilities.

Currently, the main product line on OIN is the OINDAO. It allows projects that join to create their own collateralization pool to mint their own brand labelled stablecoins. OIN establishes a quick validation process for each transaction initiated on the blockchain through the Merkle proof system. They do so by putting up small chunks of information leading up to a “root transaction” on the ledger and use it to validate a larger database of information.

Some interesting features of OIN are as follows: 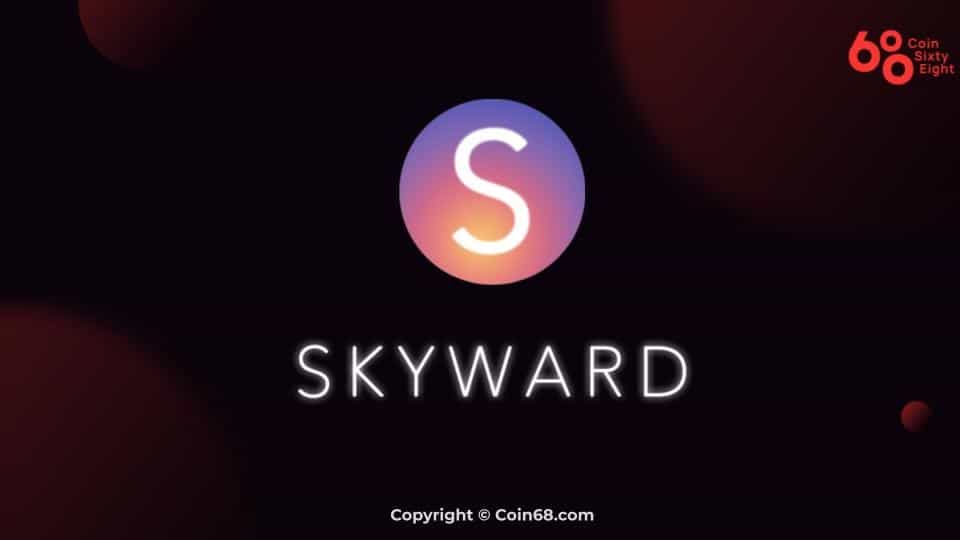 Skyward Finance is a permissionless and open-source launchpad that projects can utilize to launch their tokens without any liquidity. Skyward has potentially one of the best price discovery mechanisms resistant to sybil attacks and bot attacks. The platform looks to enable price discovery and token distribution for projects that are built on NEAR Protocol. It does this by utilizing streaming time-based auctions that can be accessed by the general community in a decentralized manner. These auctions will also be resistant to price manipulation, front running, and sybil attacks. Skyward Finance will issue tokens to the community, allowing them to become a part of the platform and earn revenue.

What Are Some Of The Advantages Of Skyward Finance?

Skyward Finance has several advantages, some of which are as follows.

Which of the following is a stablecoin issuance platform? 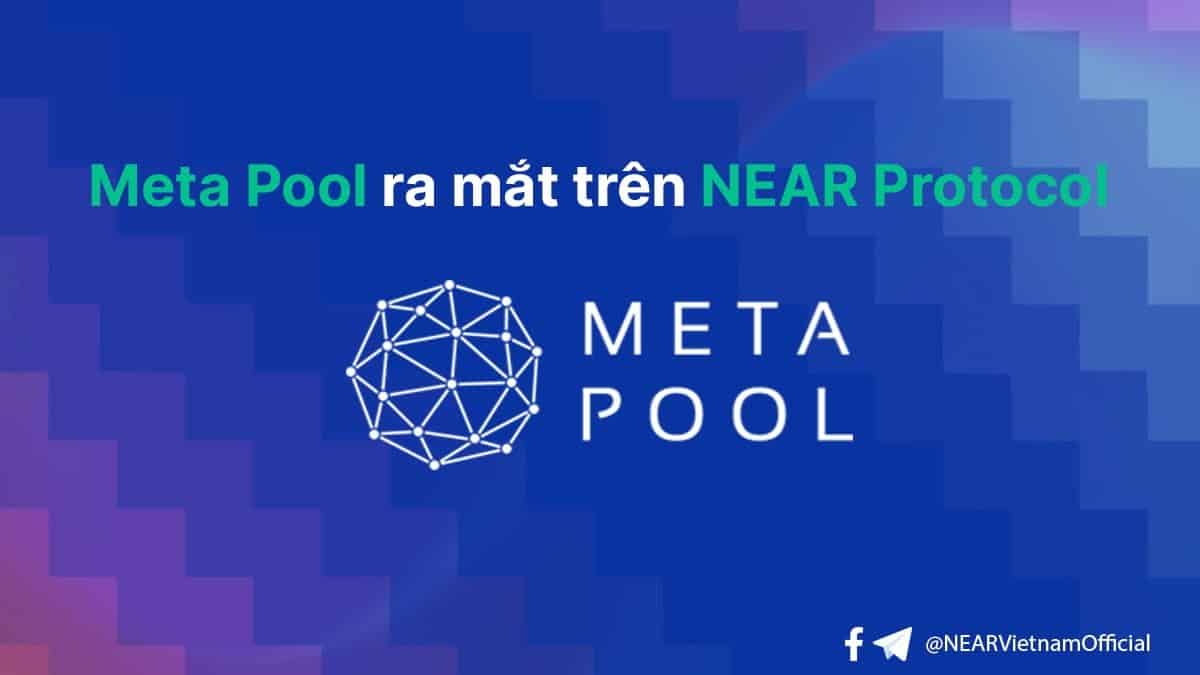 Meta Pool is a liquid staking protocol that is built on the NEAR Protocol. Individuals can easily stake their NEAR tokens using Meta Pool and its automatic staking strategies. In return, they receive “Staked NEAR” tokens that they can utilize in the DeFi NEARverse. The tokens can also be swapped back to the original NEAR tokens at any point in time.

Meta Pool has become an essential part of NEAR’s DeFi ecosystem as it introduces NEAR’s first liquid staking token, the stNEAR. The stNEAR token can accrue staking rewards and also represent staking positions on NEAR. Meta Pool offers NEAR token holders a platform that is easy to use and generates yields while creating a decentralized network. Meta Pool will run on a DAO on Sputnik V2, NEAR’s native platform to manage Decentralized Autonomous Organizations.

When token holders stake on Meta Pool, they get $META tokens every epoch. Each epoch is 12 hours. These are received on top of the NEAR Protocol rewards, which are 10.2% APY.

Cheddar is creating a loyalty network for NEAR and its ecosystem of decentralized applications. It is accomplishing this through the establishment of strategic partnerships that actively promote using NEAR Protocol when rewarding users. Loyalty networks have been proven to successfully motivate users to perform actions that are beneficial to businesses. Through Cheddar, community tokens can be bootstrapped, enabling applications to increase user loyalty and add new revenue streams using farming mechanisms.

Cheddar is different from other Yield farms as it provides long-term benefits to HODL-ers through powerUPs. It also promotes cross-application use throughout the NEARVerse, enabling users to farm Cheddar through Yield farming, Liquidity pools, or dApps.

How Does Cheddar Benefit The NEAR Protocol

Which of the following is creating a loyalty program on NEAR?

Berry Club allows users to create shared pixel art while also farming token rewards. The Berry Club had started as a DeFi proof of concept but has since grown into an extremely popular community project on the NEAR Protocol. Berry Club makes excellent use of several of NEAR Protocol’s features, such as automatic payments to smart contract creators, which are not found on any other blockchain.

Thanks to NEAR’s unique design, Berry Club and Berry Farm can benefit both users, and smart contract creators, which are paid out in the form of smart contract rewards to both token holders and creators. These benefits arise from the increased use of the application (Berry Club). This type of distribution of rewards is not possible on platforms such as Ethereum, at least not in its current implementation. This is another reason why users and developers should experiment with NEAR.

The bridge between Ethereum and NEAR is called:

A research and development firm targeting DeFi on the NEAR ecosystem.

NEAR Protocol already has a very exciting DeFi ecosystem and it is only going to grow further. As things stand, NEAR provides a powerful and efficient alternative to Ethereum. 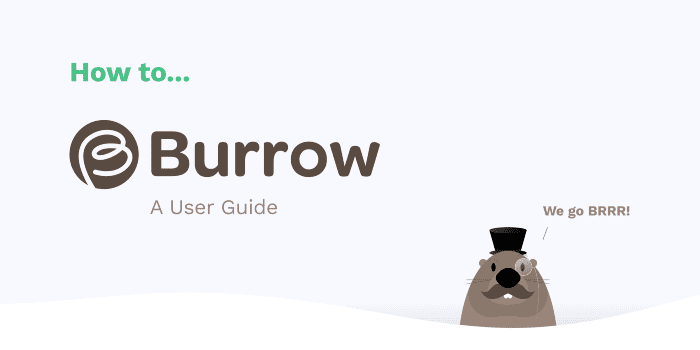 13 min read • By lncer.near
How to Burrow: A Step-by-Step User Guide