The NEAR Protocol is a decentralized development platform that aims to build a healthy Web3 ecosystem via its scalable, easy-to-use platform. Today, let’s understand the implications of Web3 and what it can potentially do to the ecosystem.

The Need For web3 Web 1.0 was pioneered by Berners-Lee in 1990, and it has since become the foundation of the internet as we know it today. Here are some of the core pillars of Web 1.0:

While this stage was truly groundbreaking, the web pages were very static and pretty different from the professionally designed websites we are used to today. In addition, while the web pages were far from interactive, new concepts like “email” would become a significant part of our lives in the future.

Over the last couple of decades, we have seen the rise of Web 2.0. Websites are now more interactive than ever before. However, that’s barely scratching the surface. Think of the companies that made it big in the last couple of decades. Meta, TikTok, Airbnb, Uber, etc. What’s the one common thing that ties them together? They thrive on user-generated content or resources. In essence, that was the major breakthrough that we saw during this era. One can only achieve true scalability by empowering your users to participate actively within your ecosystem.

However, Web 2.0 thrived solely on centralization. Don’t believe us? Think about the number of congressional hearings that the CEOs of Google, Meta, and Twitter had to go through to explain what all they do with user data. Meta, in particular, was guilty of misappropriating user data. In fact, the user data that they sold off to Cambridge Analytica were the very foundation upon which the US presidential campaigns were run.

The next iteration of the web and the internet will be web3, which will be built upon certain core principles. Let’s go through them one-by-one.

One can safely say that decentralization is the core principle of the Web3 revolution. The idea is that there will be no central authority or centralized board of directors anymore that are controlling the company growth and narrative. In today’s world, platform censorship has become a significant issue. It seems like unless you are following a particular political ideology, your thoughts will eventually get deleted from the social media platform. Companies deliberately make specific profiles “hard to find” to reduce the spread of certain ideologies. Twitter has openly admitted that they tend to censor right wing profiles. Web3’s main building block will be censorship resistance brought forward by decentralization.

This is pretty much an extension of the decentralization point. In Web 2.0, you would have to trust third parties with your sensitive information. More often than not, these companies misused the data at their disposal, leading to enormous scandals (Facebook and Cambridge Analytica). Now, as per decentralization, there won’t be one single body at the center of the company in control of all the crucial data. Web3 apps will run using blockchain technology and the peer-to-peer network to ensure trustlessness and decentralization.

One of the fascinating aspects of Web3 will be its interconnectivity and composability. We have already seen this in the DeFi  (Decentralized Finance) ecosystem and IoT (internet of things). In DeFi, multiple platforms can connect with each other and create a tight knit ecosystem wherein you can take advantage of numerous financial instruments.

Web3 will be using AI and Machine Learning (ML) to empower their systems to produce faster and more relevant results.

Use Cases Of web3

Web3 has several use cases, with digital currencies, NFTs, and other entities in the crypto and blockchain space becoming crucial for Web3. Decentralized Autonomous Organizations or DAOs are also a significant use case for Web3, utilizing tokens to make decision-making powers more fair and impartial.

Basic knowledge of DAOs, and how they function is very helpful in understanding and contributing to Web3. A DAO is an entity that does not require a central authority to function. Instead, it is driven by its community and provides complete autonomy and transparency. Smart contracts govern all foundational rules; the contracts also execute any decision agreed upon by the community, with all processes, including voting or proposals, publicly available for verification. In essence, a DAO is governed by individual members who are part of the community, collectively taking critical decisions regarding the project, ranging from allocations to upgrades.

The DAO landscape can be divided into different groups such as Protocol DAOs, Investment DAOs, Service DAOs, Social DAOs, Grants DAOs, Collector DAOs, and Media DAOs. Some of the prominent DAOs that you can keep track of are MakerDAO, Proof of Humanity, RaidGuild, Sputnik DAO, DAOhaus, Opolis, MolochDAO, and BanklessDAO.

The decentralized economy offers global collaboration that allows participants to control how they work, allocate their time and expertise, with several tools already in existence and emerging that empower them and their style of working. Tipping is one such method that helps the growth of web3 communities by incentivizing participation. Before we move ahead, it is important to understand “tipping.” In the real world, we tip a person who provides a service. Tips are often given to housekeepers, restaurant staff, delivery persons, and other individuals who help us complete or perform certain tasks for us. In Web3, tipping works on the same premise, with the key difference being that the transfer of funds takes place over the blockchain.

In Web3, community members can be tipped for a variety of contributions, such as contributing code for a project, answering questions, writing an article, or when a community member lends their expertise to a project. Tipping can be carried out in any form, ranging from NFT airdrops and governance tokens to tips in ETH, USDC, or any other cryptocurrency. Tipping contributors helps build trust in the community, ensure that participants remain invested in the project, and also helps to establish a tone for future participation.

Currently web3 users are getting tips in NEAR tokens at Twitter and Telegram.

Logging In With Your Wallet

Then, during the Web 2.0 phase, you could log into everything with either your Google account or your Facebook account. While this was convenient, this still had one major shortcoming – value transference. You still had to give your payment details separately to make purchases.

Now, with web3, you can simply connect to different websites with your cryptocurrency wallet. Case in point, in OpenSea, you need to connect directly with your MetaMask and make purchases. In fact, at Learn NEAR Club you MUST log in with your NEAR wallet to participate in (L)Earn activities. 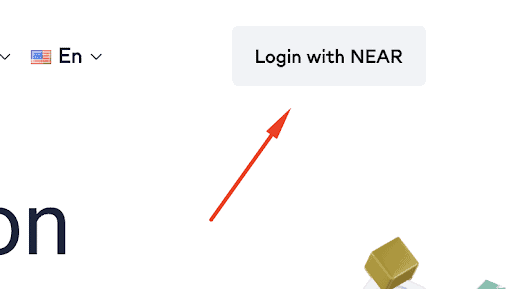 Dealing with web3 users allows dapps to instantly transmit not only data but monetary value as well without any middleman involved!

The Role Of NEAR Protocol In web3

With its scalable and easy-to-use platform, NEAR Protocol provides a platform that allows you to create DeFi apps and NFTs without burning a hole through your pocket.

DeFi TVL for NEAR is only around $141.72 million. It is a very young ecosystem and is presently growing at a rapid rate.

The most dominant DeFi app that accounts for over 80% of the overall TVL is Ref Finance.

Ref Finance has some similarities with Uniswap V2, plus it supports more pool types, configurable fees, and it’s completely community-owned. Ref also happens to be the first DeFi platform on NEAR. The main aim of Ref is to bring together DEX, lending protocols, synthetic asset issuer, and more under one umbrella.

NEAR has recently launched a humongous $800 million grant fund that has been specifically aimed at creating a larger and healthier DeFi ecosystem. The fund has some major requirements, which include the following:

Read this to know more about DeFi on NEAR.

On the NFT front, several projects have been created on the NEAR blockchain like Mintbase, Paras, (L)Earner, etc.

Mintbase is the most popular NEAR NFT platform since it allows anyone to make an NFT and make it available for sale in their marketplace or on NFT marketplaces like OpenSea. Minters can create a smart contract and limit the transferability of the tokens minted, helping prevent fraud or the illegal transfer of unique items. Mintbase is focused on creating an NFT creation experience that is unique, which is why, as mentioned earlier, it supports different digital assets. This is contrary to competing platforms that focus on one specific NFT category.

The Flipside – Is There Too Much Hype?

Recently, this meme has been floating around on Twitter, getting comments from the likes of Jack Dorsey and Elon Musk. As of now, web3 apps are getting a tremendous amount of attention for Silicon Valley VCs.  This brings up a major point of contention. With so many hardcore stakeholders, are Web3 apps going to be decentralized in the truest sense? Dorsey and Musk don’t believe so. However, it will be interesting to see how this pans out in the future.

Which of the following does not require a central authority to function: