One of the most exciting things that have gained a lot of traction in recent times is the concept of DAO or “Decentralized Autonomous Organization.” The idea is to create an internet-native business that’s collectively owned and managed by its members. There is no CEO controlling the flow of the business, no CMO, no CFO, no centralized board of directors. Instead, the business logic and execution are baked into the smart contracts to ensure streamlined deployment.

How Are DAOs Different?

The DAOs execute certain rules that are recorded on the smart contract and kept on the blockchain. A smart contract can be thought of as an automated agreement between two or more parties. Due to the transparent nature of the blockchain, it is impossible to change the code governing the smart contract without the entire network getting to know. This is what makes DAO more flexible and robust than typical organizations.

A hierarchical and vertical organizational structure is a common way to organize a business. The idea is simple – every person within the organization (except the one at the top) is subordinate to another single individual or entity. Thus, those with the most power are at the top of the chart. At the same time, those with the least power would appear at the bottom. However, due to its inherent structure, it has several shortcomings when compared to DAOs.

So, how exactly does a DAO membership model work? This is pretty important since becoming a member is key to a DAO’s operational model.

Alright, so there are two membership models:

Most of the protocols have a governance token that can be traded in various centralized and decentralized exchanges. One can either earn these tokens via participating in a consensus algorithm or providing liquidity. As the name suggests, owning these tokens gives you access to voting rights within the protocol. More tokens you hold, the more your voting power. An example of this is MakerDAO and its governance tokens – MKR. Anyone can participate in MakerDAO governance by buying the MKR tokens.

Compared to token-based DAOs, share-based DAOs are more permissioned. Potential members must submit a proposal to join the DAO. The proposal accompanies a tribute in the form of tokens or some work. A participant’s share represents their direct voting power. They may exit any time with a proportionate share of the treasury. MolochDAO – a protocol responsible for funding Ethereum-based projects – is an example of a share-based DAO. You can’t buy governance tokens in the open market to gain access to the DAO. To join it, you need the necessary expertise and capital to help support potential projects.

Learning From The Mistakes – The DAO Hack

Of course, it is critical to learn about the DAO hack that split Ethereum into Ethereum and Ethereum Classic. Back in 2016, the Ethereum DAO was created to be a game-changer and completely rethink the way venture funds work. The idea was for DAO token holders to vote on various project proposals. If a proposal gets a 20% vote from the community, they will get the funds required to get started.

The DAO also had a “split mechanism.” Basically, if members aren’t happy with the projects whitelisted, they could split away from the DAO to create their own “child DAO.” Anyway, the DAO was a huge hit and accumulated over $150 million worth of ether in a crowdsale. For perspective’s sake, this was 14% of all ether tokens issued to date.

However, the DAO had a significant code vulnerability. On 17th June 2016, an attacker exploited this vulnerability to continually re-enter the system and siphon away $50 million worth of ETH. Most of the community decided to roll back on this incident via a hard fork. However, some of the community was against this move. This eventually led to a hard fork that split the Ethereum protocol into Ethereum and Ethereum Classic.

Near Protocol and Sputnik DAO

Near Protocol co-founder, Illia Polosukhin announced the Sputnik DAO in this article. He explained the DAO as a “way for new and existing communities and organizations around the world to have on-chain representation of their group, manage their on-chain activity, governs their decision-making, and (importantly!) interact with other DAOs.”

Sputnik took the following inspirations to form the “first wave” of DAO experimentation:

The moment you go to the Sputnik homepage you will see the following screen.

When you click on “NEAR Forum” you will see the different conversation threads neatly and appropriately categorized. 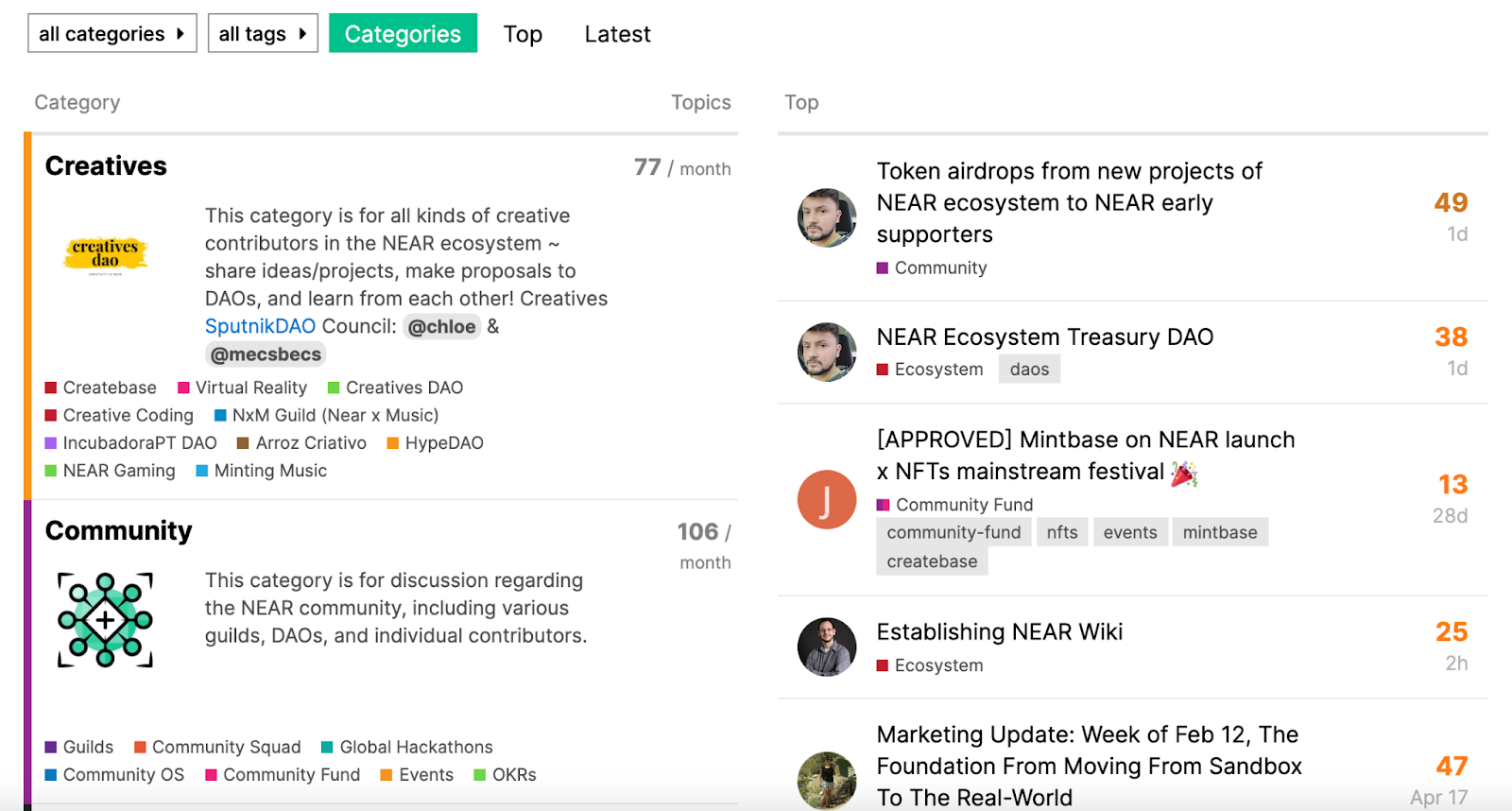 In the homepage, if you click on “Launch App” you will get access to the different DAOs listed in sputnik. 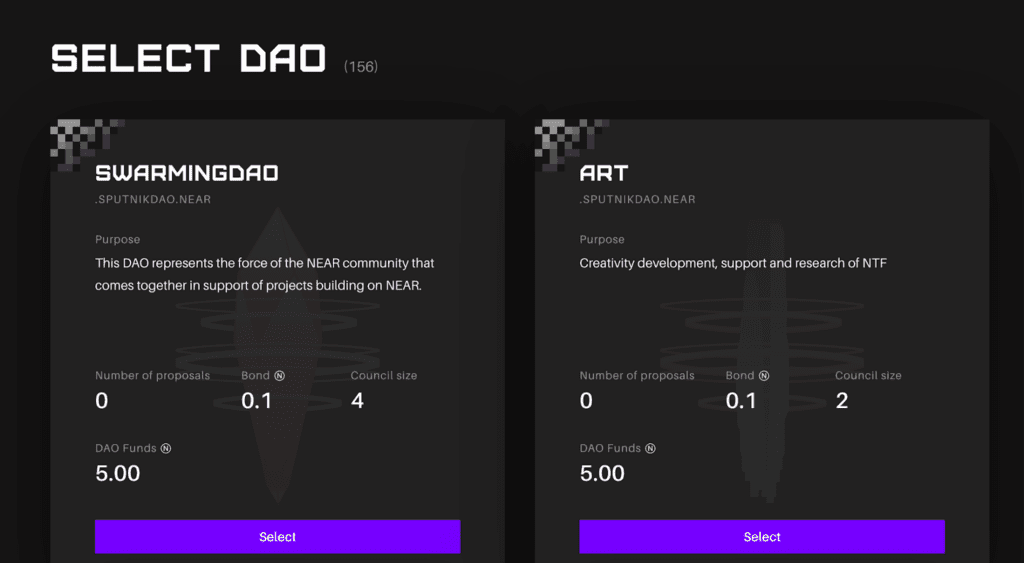 Let’s give you an example of something that hits closer to home. Let’s check all the proposals in the Learn NEAR DAO.

So, as you can see, you have various proposals listed here, along with their respective payouts (in NEAR). If a proposal gets approved or rejected, it will be marked so. For example, in Proposal ID 22, someone successfully translated the homepage and footer to “Vietnamese,” which is why you can see that “1” next to Approve and the “Success” badge. 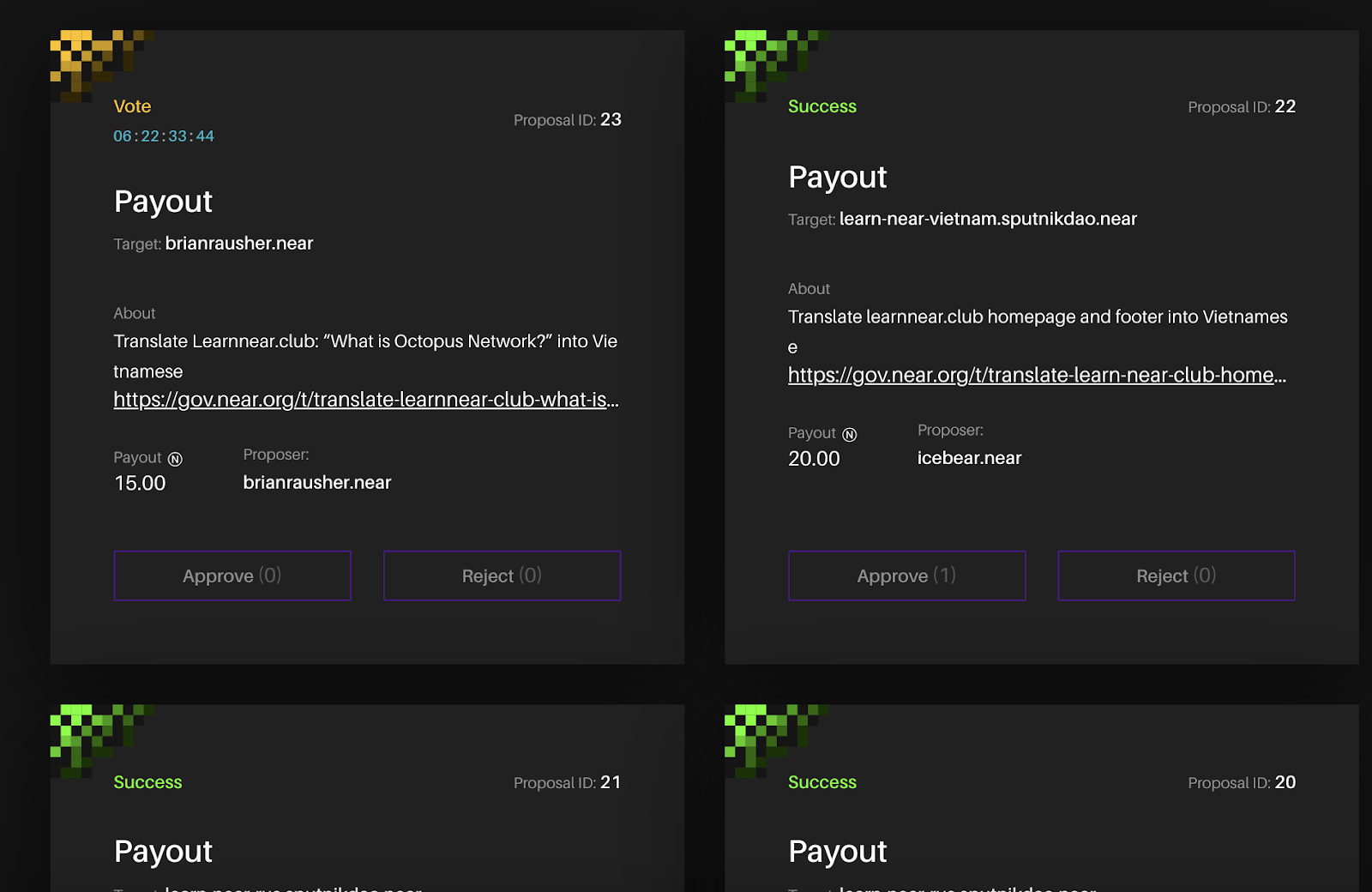 How we use Sputnik DAO at LeanNEAR.Club

There are TWO levels of DAO in use:

Mother DAO and the following subDAOs:

Look at Mother DAO as a Client/Funder, subDAOs as a Contractor and subDAOs members as SubContractor.

Let’s take a look at how it works for community translation.A guide Top 3 NFT Projects On The NEAR Protocol needs to be translated in Vietnamese.
SubDAO members submit proposals for translation and review.

Once the work is accepted and translated Guide is published subDAO members split received funds as per proposals submitted earlier.

So, there you have it. DAOs are incredibly disruptive. However, one must implement it properly to truly reap the rewards. It seems like Near Protocol has indeed cracked the code with Sputnik! 7 min read • By Sasha | ahsaS.NEAR
NEAR Protocol and Polygon 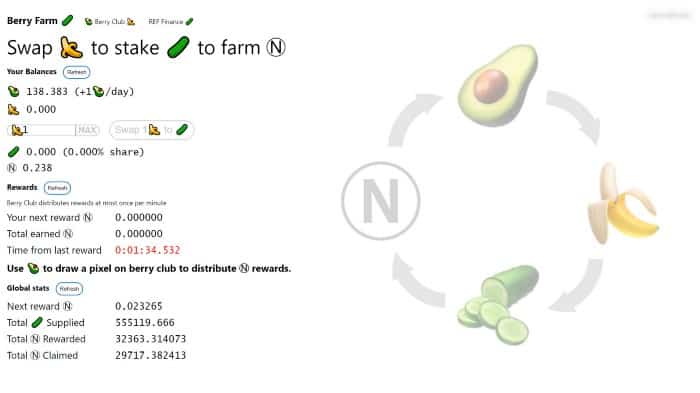 7 min read • By jilt.near
How to build a Play To Earn game on NEAR Protocol
Scroll to Top