Enjoy the Advantages of LYF with PembRock

In this guide, we look at the most widespread ways to earn with DeFi —yield farming, lending, and staking—through the lens of PembRock, the first and only LYF platform on NEAR Protocol that is powered by Ref.finance DEX.

Let’s start with the basics.

For any Decentralized Finance project to function, there needs to be liquidity. Liquidity is what makes transactions possible at all, and participants that make platforms liquid are called Liquidity Providers, or LPs. Now, for doing that, they get rewarded with a particular pool’s LP tokens (also called ‘shares’) through a process known as liquidity mining. These tokens represent the user’s share in total liquidity, which in its turn determines their potential profits.

Yield farming is an extra incentive that rewards users for the very fact of locking their funds so that other participants can use them to earn themselves. After receiving the LP tokens, a liquidity provider can put them into a yield farming pool to become a farmer. For that, they will get extra payouts in the platform’s native crypto (in Ref.finance’s case, this would be $REF; in PembRock’s case, this would be $PEM; and so on) or a different cryptocurrency (e.g., USDT), depending on a given farming program’s rules.

With regular yield farming, you can only provide the amount that you have, which seems only logical. But what if you wanted to maximize returns (and risks, don’t forget that)? In that case, you’d need to borrow funds from others, and that’s what leveraged yield farming helps you do.

While many DeFi platforms require that users put up funds of a greater value than those being borrowed (which is also known as overcollateralization), PembRock doesn’t, giving farmers the opportunity to take out the amount that’s up to three times bigger.

So if you, for example, decided to provide 100 USN as collateral and borrow 200 USN, you’d have 300 USN in total, meaning the leverage level would be 3 at a debt ratio of 67%. If the price of USN went down by more than 31%, that would mean that your loss could no longer be covered. That’s when liquidation would happen.

Lending is a strategy that enables you to earn interest for letting someone else use your money. At the same time, unlike farmers, lenders are not prone to the risk of liquidation (e.g., think of a situation when one of the assets in a pool falls to $0), while their returns are auto-compounded and paid out on a regular basis. Sounds fair, right?

Head to app.pembrock.finance and press the Connect wallet button you’ll see in the upper-right corner. The wallet selector window will pop up; pick the one that you prefer. After that, you’ll be taken to your wallet, where you’ll have to enable certain access rights and allow PembRock App to spend some of your NEAR to cover transaction fees.Leveraged Yield Farming

To farm yield with leverage, you’ll need to first load your wallet with the asset that you want to do that with.

Step 3. Pick the asset you want to deposit, the one you want to borrow, their amounts, and the leverage (between 1x and 3x with an increment of .5).

Step 4. Click Farm and confirm the transaction. Please note that you can have multiple farming positions open at the same time, so if you have another pool in mind, just go back and repeat the process.

Step 1. Go to Portfolio and switch to the Farm Positions tab.

Step 2. Press Close next to the position you want to exit.

Step 3. On the next screen, you can close the position in full.

Minimize Trading means that we will convert the minimum required amount of tokens into the borrowed token to pay back the debt and return the remaining assets to you.

Convert all means that your entire position will be converted to the borrowed token and returned to you after the debt is paid.

Step 4. If you want to close your position entirely, scroll down to the bottom and press Close Position, then make an approval in your wallet.

To make use of lending, you’ll need to first top up your wallet with the asset that you are going to provide.

Step 1. Go to app.pembrock.finance/lend, select the asset, and click Deposit.

Step 2. Specify the amount you wish to lend and confirm the transaction. Please note that you can lend in more than one pool at a time, so if you have another asset in mind, just go back and repeat the process.

Step 1. Go to app.pembrock.finance. There, you’ll see a Portfolio tab with an Unlocked Rewards subsection.

Step 2. Press Claim and approve the transaction inside your wallet.

Step 1. Go to app.pembrock.finance/lend-pools. There, you’ll see a list of assets you’ve provided.

Step 2. Pick the asset you are no longer willing to lend and click on the down arrow button on the right in the box.

Step 3. Enter the amount you wish to de-lend and press Withdraw.

Alternatively, you can adjust the position by adding more tokens into lending.

PembRock was created by INC4—a professional blockchain development company of Ukrainian origin that’s been around since 2013.

The main idea behind PembRock was to bring trading with leverage—a tool widely available to players in the traditional financial markets—to a nascent yet trending DeFi sector.

In March 2022, PembRock Finance was awarded a US$75,000 grant from NEAR Foundation aimed to assist the protocol’s development, further improvement, and adoption.

PEM is PembRock’s protocol-native digital token. It has four primary use cases:

For places to buy it, look here.

Which utility does $PEM token NOT have?

Within the PembRock protocol, staking means locking PEM in exchange for a right to get a portion of revenues earned by the protocol and to participate in the Decentralized Autonomous Organization, influencing decisions—including on how much farmers and lenders mentioned above should make. The bigger the amount staked and the longer the period, the higher the voting power and the rewards.

To stake and by proxy join the DAO, you’ll need PembRock’s native digital token called PEM. If you don’t own any PEM yet, here’s how you can fix that.

Step 2. Type in the amount you wish to stake and the duration (the estimated voting power can be seen below the End Date).

How to Make Adjustments

The voting power is decreasing gradually, but you can adjust your position (stake more and/or for longer) to keep your influence at the same level or even make it more substantial.

Step 1. Scroll down to the bottom of app.pembrock.finance/staking;

Step 2. Type in the amount you’d like to stake on top of what you’ve already staked and press Confirm;

Step 3. After that, you can prolong the lockup period.

To withdraw PEM once the lock period is up or request the payout of your rewards in PEM, visit app.pembrock.finance/staking. Once available, the buttons will turn orange.

Which of the following statements is true?

How to Take Part in DAO

In DAO, you can set the amount of rewards that go out to both lenders and farmers every month.

Step 1. Go to the app.pembrock.finance/voting. There, you’ll see two tabs—Lenders’ and Borrowers’ Rewards.

The steps below are the same for both.

Step 2. Distribute your voting power to pools using the Vote field. The higher % you give, the bigger the return it will generate.

Step 3. Press Vote and confirm the transaction in NEAR Wallet.

If you change your mind, you can re-vote while the window is still open. When doing so, please make sure to specify % for all assets again.

PembRock is just gaining momentum as the DeFi market in general and leveraged yield farming space in particular are still in their infancy. Just like Ref Finance was a pioneer in the NEAR’s DeFi space, PembRock became the network’s first and only leveraged yield farming protocol. So if you want to be among the trend-setting crowd, why not try it out (beware of the risks, though)?

If you want to stay current on everything PembRock, below are some links for you:

2 thoughts on “The Guide to PembRock Finance” 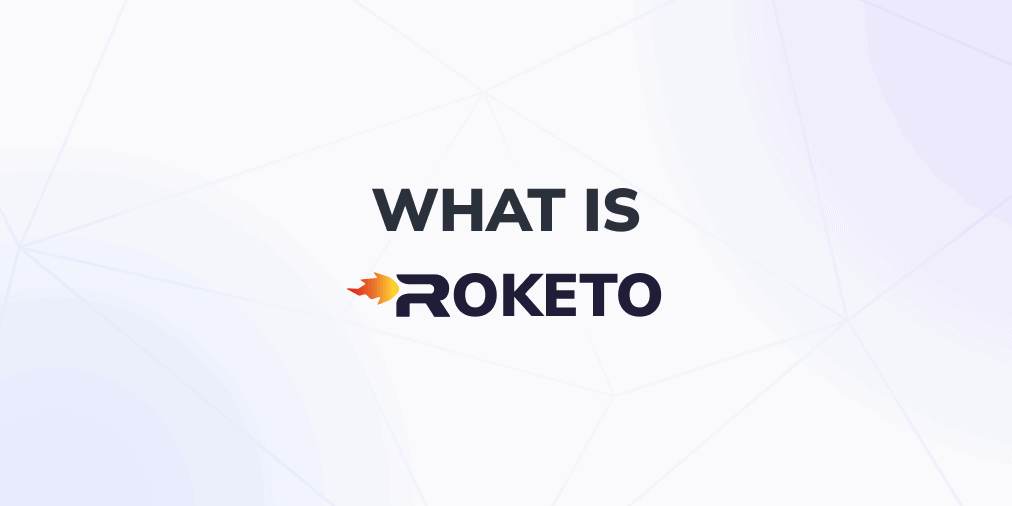