At the heart of the new Web 3 economy lies Non-Fungible token (NFT). In a nutshell, it’s a way to represent digital ownership in a decentralized way. From a technical perspective, it’s just a piece of data on a blockchain. The simplest case of such data is just a (token_id, accoount_id) tuple, where token_id uniquely identifies an asset, and account_id identifies an owner. A smart contract that owns this data defines a set of allowed operations – like creation of a new token (minting) or transfer of a token to another account. An exact set of allowed operations is defined in an NFT standard. Different blockchains have different standards, NEAR NFT Standard is available here.

What digital asset is hiding behind a token_id is up to the smart contract to decide. There are few common ways how to handle this: 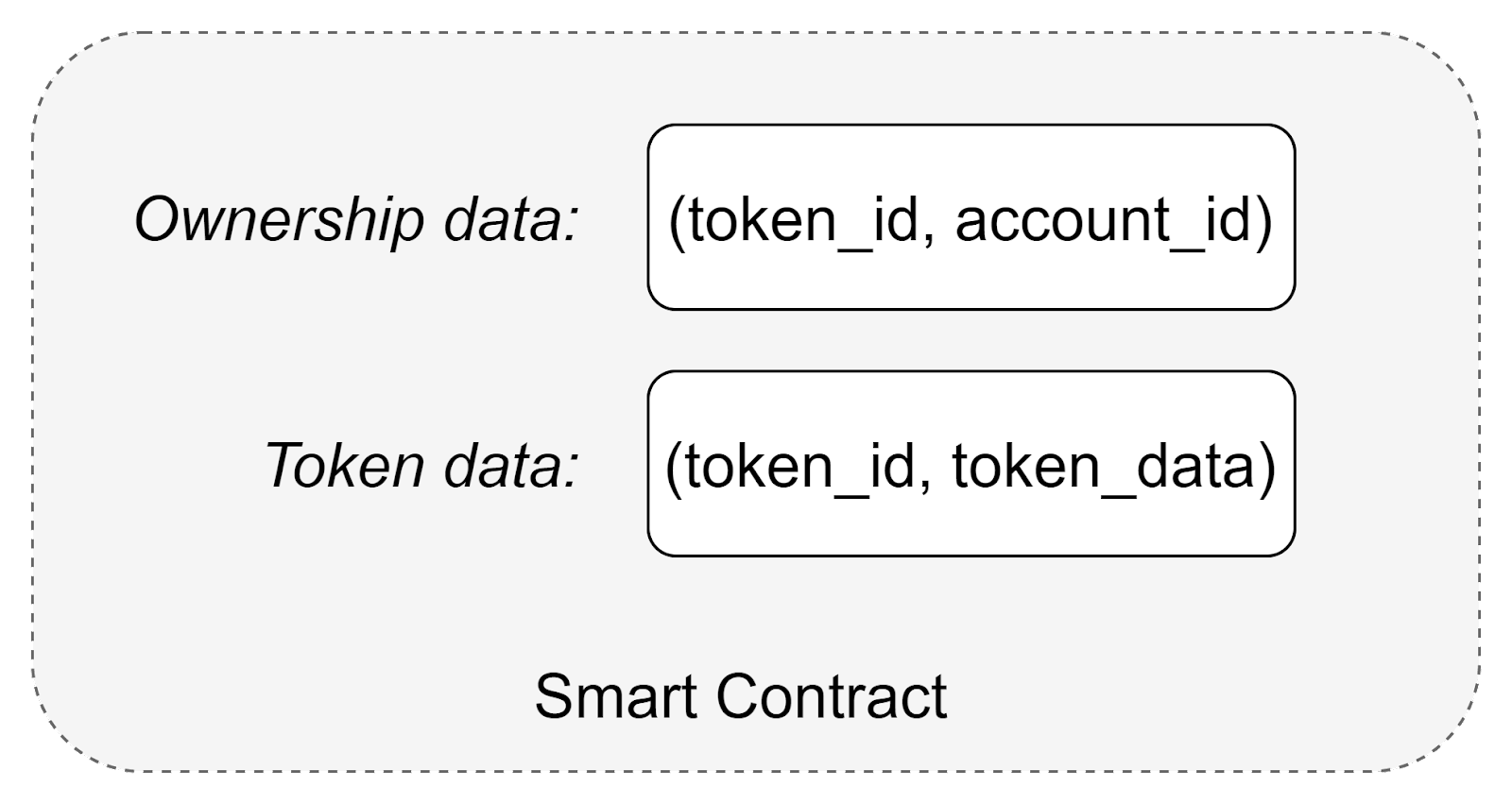 Choosing the right off-chain storage also can be a challenge, in general they can be divided into 2 buckets:

In addition to the NFT standard, NEAR also provides its implementation, which can be used by Smart Contract developers to implement NFTs in their smart contract. Implementation itself doesn’t dictate assets storage model, so it’s up to a developer to decide how and where it will be stored.

NFTs changed digital assets ownership model, but by itself they are not enough to build a full digital economy. In the simplest model, NFTs can be sold and bought using main blockchain currency (e.g. NEAR tokens), but this is quite limiting since circulation and price of such tokens is dictated by the blockchain itself. What if, instead of relying on blockchain currency, applications could create their own? For exactly this reason, Fungible Tokens (FT) have been created.

Similarly to NFTs, fungible tokens are also just a piece of data stored in a smart contract, but instead of storing unique token ids, an amount of tokens held by an account is stored.

Smart Contracts can define allowed operations – like transfer or payment using this token. NEAR defines a standard for fungible tokens and provides a default implementation.

Since an application is fully in control over emission and circulation of such tokens, a full fledged application economy can be created. For example, users can earn FTs for performing actions, and spend them to buy or mint new NFTs.
Another exciting option is creation of Decentralized Autonomous Organizations (DAOs), in which FTs can be used as a membership (or governance) tool. In such scenarios, tokens are awarded to members and can be used to vote on decisions or participate in community events.

But we can push our tokens even further, by tying them to other cryptocurrencies and giving them a real-life monetary value. That’s where Decentralized Finance (DeFi), and especially Decentralized Exchanges (DEX) come into play. We won’t go into details here, but at the core a liquidity pool for a Fungible Token can be created on DEX, which allows trades of this token for other tokens or stablecoins. This opens the door for a new gaming model – Play-to-Earn, where players can earn real-life money just by playing a game.